Be the first to know about all our new articles 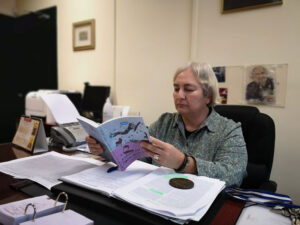 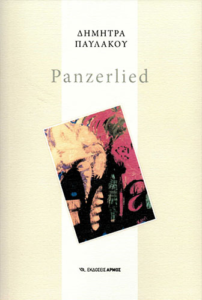 This is an excellent collection of ecologically and politically oriented poems for multiple readings. The speech is simple, laconic and the meanings are dense. The themes that prevail are on the one hand the great love and vigilance for the people (the “hunted”, the “dedicated”, the “tearful”), the environment, the homeland, life, and on the other the critical attitude towards in the arrogance of power, the rage for violence and fascism.

As the poet and critic Giannis Plachouris wrote in diastixo.gr: “Dimitra Pavlakou years now, with her characteristic writing, proves the reason that all words mean in the hands of a good craftsman and that all emotions can not only fit in a word but also to have a different interpretation for each of us, achieving the enchanting path of multiple reading, which only good poetry offers. ”

The wolves are far away

nor will their torment come

in the ears of the sleepy city

And you who think

that you are better

Dimitra Pavlakou was born in Athens in 1955. She has a degree in Political Science (Panteion University) and Pedagogy from PAT ES (SELETE). She continued her studies in Strasbourg, France. She holds a DEA in Psychology and Pedagogy from Louis-Pasteur University and a Doctorat d΄Universite from the University of Humanities. During her studies in Strasbourg she worked as a printer at the printing house of the Council of Europe and as an animatrice at a youth and sports center.

Also as a consultant in psychosocial structures and a psychoanalyst. She published as an editor and critic in newspapers and magazines (Proini Eleftherotypia, Proti, Ethnos, Epikaira, Avgi, etc.). She taught Law 407/80 in the pedagogical departments of the Aristotle University (Florina) and the Democritus University (Alexandroupolis) “Sociology of Education” and “Psychoanalysis and Education”. Collaborated in the production of documentaries on nature and animal rights. She is a member of animal welfare associations and organizations for the protection of nature and an activist. She works in secondary education and directs the 2nd High School of Ag. Friday.

The image of her mirror

Don’t use without written approval

We are looking for a place