Philip Vaiman started his professional career at the age of 4. By the time he had graduated from Moscow’s renowned Gnessin Musical Lyceum, he had performed as

a soloist and chamber musician all over Russia, England, Israel, and Cyprus. As a participant in the Special program “New Names in Russian Art and Music”, he

made recordings for the Russian National Radio Network and the National Television.

Philip Vaiman’s solo recordings are featured on the soundtracks of award-winning motion pictures, documentaries, animated films, and commercials. Mr. Vaiman appeared on both soundtrack and camera in the blockbuster “Spider-Man 3”. Philip Vaiman is featured on a soundtrack of the 2007 Oskar-winning film “West-Bank story” He also collaborated with such artists as Placido Domingo, Andrea Boccelli, Tony Bennett, Shakira, Mexican superstar Juan Gabriel, Persian cultural icon Googoosh, Dwight Yoakam, Lindsey Lohan as well as rock bands such as Guns N’ Roses, Goo Goo Dolls, and KISS. Mr. Vaiman is the Founder and Artistic Director of the Chamber Music Theatre “La Camerata”. Recent performances by “La Camerata” include concerts at the historical Clark Library in Los Angeles, The House of Lords in London, and the Bruman Chamber Music Festival at UCLA.

Part of His work:

The professional career of violinist Philip Vaiman took him to concert halls around the globe and premier recording studios. He has also appeared on screen in such blockbusters as “The Wedding Planner”, “Amy’s O’s”, and “Spider-Man 3”. 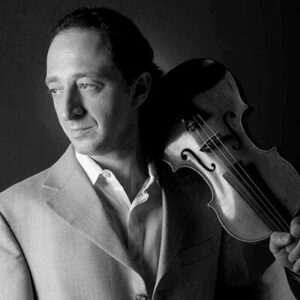