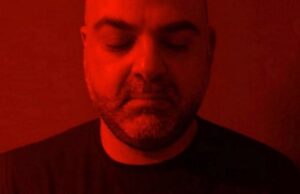 Tasos P is a Greek composer of electronic music who made his recording debut in 2015 with the track “Mother Of Mine (Anna)” which reached the #1 spot into Billboard Greece Digital Song Sales. His singles “Bliss”, “Untitled” and “BabyLove” entered into the Official Top-10 of the IFPI Greek Chart. Furthermore, his second album “The Libra Sessions” released in December 2019 won Silver Global Music Award.

Global Music Awards composer Tasos P. returns last year with his new song “Été D’Amour” after the release of the Greek-language single “Tell me what it means to love”, which received positive reviews, through its new record company
FM Records, Meditelectro.

The new single in music and production of the same goes through a retro summer melancholy and is framed by melodic lines of synthesizer, trumpet, and electric guitar. The French lyrics are signed by Christos Koutroufinis while the mixing/mastering of the song has been edited by George Lazarou.

“Été D’Amour” is the creator’s 18th digital single and at the same time is a continuation of the project that started last November in an effort to revive the retro sound through his music with the release of the album “Retro Boy”.
The design of the cover belongs to him while the creation
of the videoclip to Christos Koutroufinis.

Don’t use without written approval.