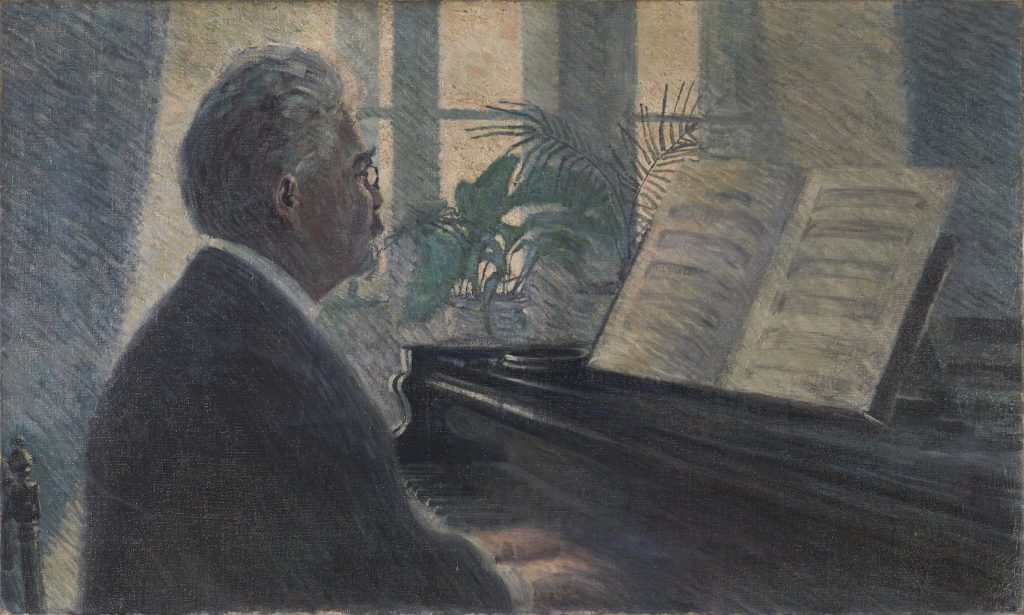 A Painting by a Teenaged Egon Schiele, Thought Lost for Decades, Has Been Found and Will Be Turned Into an NFT to Fund Its Restoration 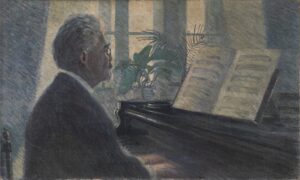 An early work by Egon Schiele, painted when the artist was just 16 and still a student, has resurfaced in a private collection after it was believed to be lost. The owners of Leopold Czihaczek at the Piano (1907) have now agreed to a five-year loan of the work to the Leopold Museum in Vienna, where it will soon go on display.

Leopold Czihaczek, who is shown in profile while playing the piano, was Schiele’s uncle and legal guardian after the death of his father in 1905. Czihaczek worked as a public official and was a frequent subject for Schiele at the time.

For some time, the painting was only known to the public through preliminary studies and a black-and-white photograph from 1930. It had been owned by another ward of Czihaczek’s, Gustav Huber, until his death in 1945, and then entered another Austrian private collection. Last recorded in a 1972 catalogue raisonné, the work finally came to light again when its current owner sought advice on having it restored. 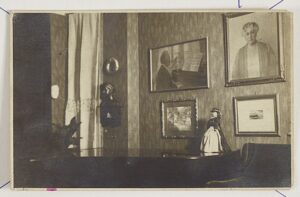 “The painting’s brushwork reveals Impressionist tendencies and shows the muted palette characteristic of his early oeuvre,” noted Verena Gamper, head of the Leopold Museum Research Center. “The close-up view of the piano player, the framing of the head by the bright window panes and the resulting focus on the sheets of music all convey an effect of being entirely immersed in the music.”

The work will also be included among a selection of works by Schiele in the Leopold’s collection that are being minted as NFTs and dropped this month in partnership with LaCollection, which has previously worked with the British Museum. Three “ultra rare” NFTs, consisting of just two editions, will start at €100,000. These include Shiele’s Dead Mother I (1910) and Self-Portrait with Chinese Lantern Plant (1912).

The newly recovered painting will be among a group of “rare” NFTs, with 100 editions going for the fixed price of €499. One “special rare” edition of the work will also be offered for €999. The NFTs will all be exhibited at Frieze New York later this month.

The museum will keep one edition of each NFT. The proceeds from the sale will go towards restoring the recovered painting and, the museum hopes, eventually acquiring it.