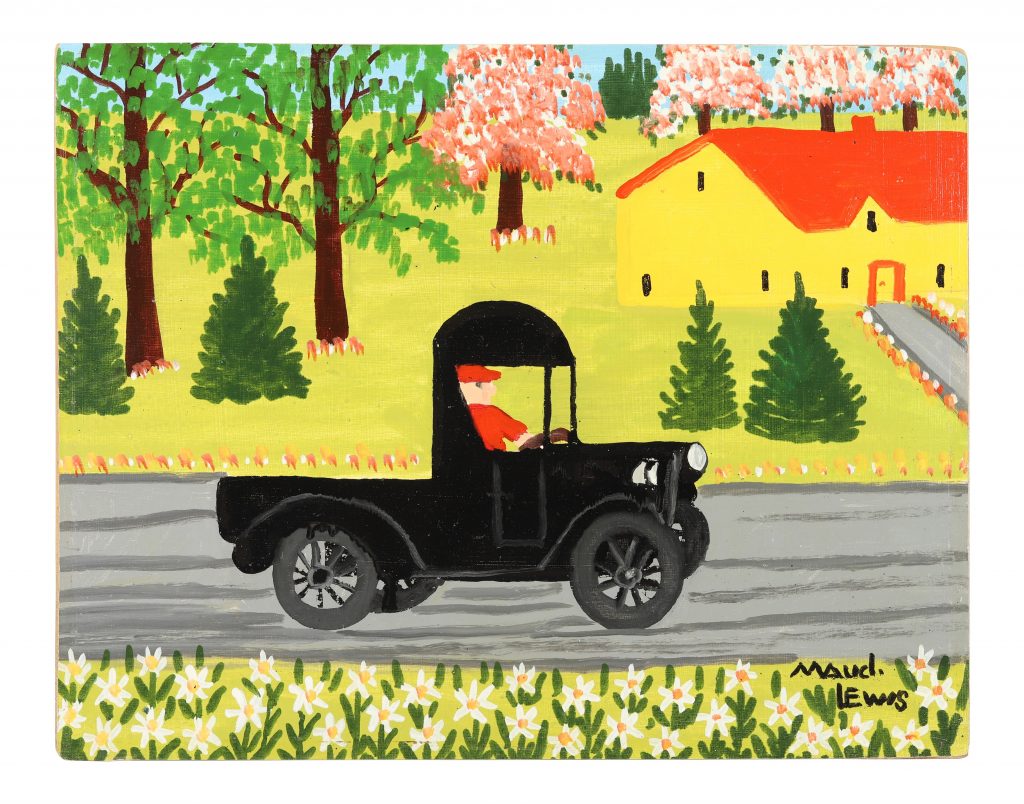 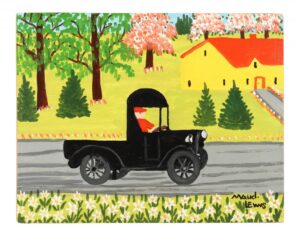 A painting by the Canadian artist folk artistoften used normal house paint for her works, and, which was once bartered to the owners of a restaurant in London, Ontario in exchange for a few grilled cheese sandwiches, could sell for tens of thousands of dollars at auction.

Irene and Tony Demas accepted the rare work by the self-taught Lewis as payment from the British artist John Kinnear, who ate at their restaurant, The Villa, almost every day and would always order a grilled cheese sandwich. Kinnear, his wife and the Demas became friends over the years, and when the Kinnear’s offered them the painting of an antique truck driving down a country road in exchange for their hospitality, they reluctantly agreed. They are now putting the work up for sale with an estimate of CA$35,000 ($27,056).

Lewis, who extremely prolific but never sold a painting for more than $10 in her lifetime, had given the painting to Kinnear as a thank you for his kindness. After hearing that Lewis was in ill health health, Kinnear would send her paints and brushes to work with, and she responded by sending him up to five paintings at a time.

Lewis lived in Nova Scotia with her husband in a house with no electricity or running water, and she regularly used house paint for her works. Her paintings, now a cherished artistic record of rural Canadian life, have fetched up $54,000 at auction. 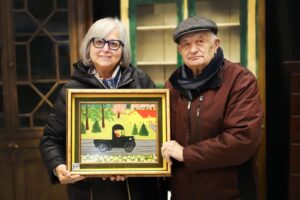 The Demases have consigned their bartered panting to Miller & Miller Auctions where it will go under the hammer alongside three letters from the artist to Kinnear.

“We’ve been approached a number of times over the years to sell it,” Irene told the auction house blog. “We saw that Miller & Miller had sold one not long ago and so we decided to meet with Ethan Miller. I liked him right away and I trusted him. We had a lot of questions and a lot of hesitation, but they were never pushy. We had a good feeling about the Miller brothers. So here we are.”

The truck in the picture is thought to belong to Lewis’ husband Everett and was a motif that only appeared in her work later in her life, her preferred subject being animals and nature.

Although she was self-taught and worked outside the traditional art system, Lewis’s work was always popular. She would display her paintings outside her home and collectors would stop to buy them while driving past. “Cars are stopping every day for them,” she wrote in one of the letters up for sale. “They are taking them wet.”

The painting and letters were sold at auction on May 14.