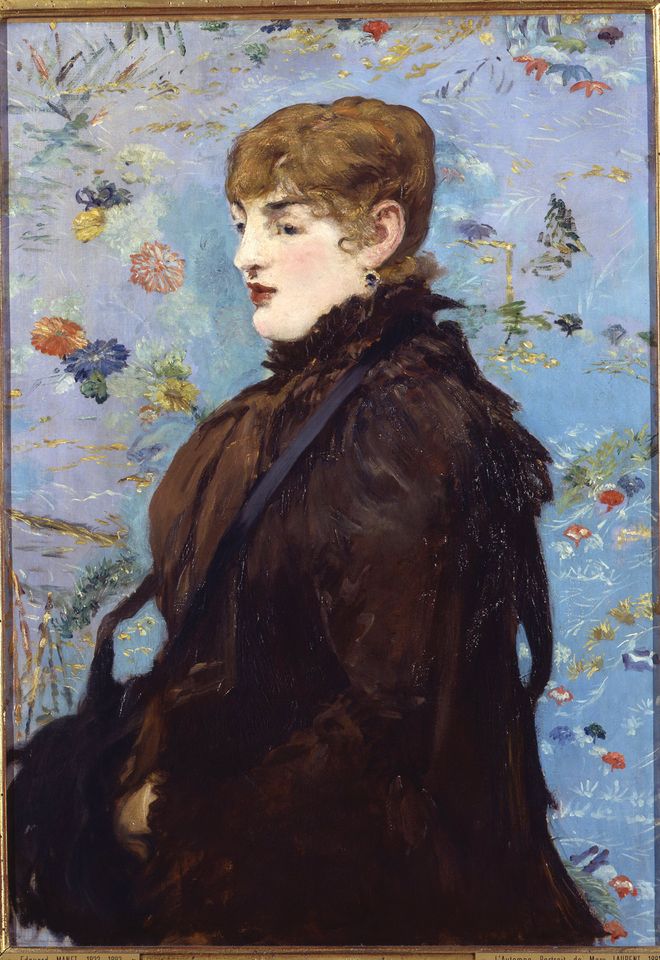 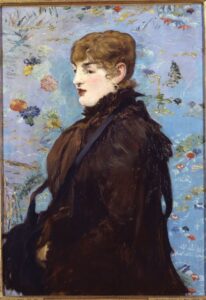 Manet and Modern Beauty is the catalog of an exhibition at the Art Institute of Chicago and the Getty Museum that closed earlier this year. As the opening essay explains, the catalog concentrates on Manet’s production in the last years of his life, during which the painter turned to “prettier”, more “frivolous” and “gallant” subjects and styles, featuring gardens, still-lifes, fashionable femininity and an emphasis on the decorative. The organizers argue that this “feminization” of Manet’s practice, under-explored, if not ignored, in the scholarly literature and the narrative of modern art, constitutes a new vision of modern beauty that contrasts with the painter’s ailing health and physical suffering. As one of the essays puts it, Manet’s “heroic position in the history of art assorts oddly with the breezy stylishness of his late works” an ambiguity that the catalog is keen to probe.

The book is a significant work of scholarship, comprising seven serious art-historical essays, an analysis of the Getty’s 1882 painting Jeanne, ou Le Printemps, and a selection of Manet’s letters in French and in English translation. In addition, each of the works exhibited is reproduced and has a full entry.

Scott Allan’s lively “Faux-Frère: Manet and the Salon, 1879-82” brings out the complexities and ambiguities of Manet’s late paintings and salon exhibitions, as the 1860s radical encountered official acceptance and the former outsider became an insider; Jeanne and Bar aux Folies-Bergère (1882), both exhibited at the Salon of 1882, epitomize these ambiguities, but are not alone. Helen Burnham’s essay explores Manet’s interest in the Parisienne (around 1876) in these years, as the painter moves between the artificial and the natural, tradition and the new system of fashion.

In “All the World’s a Stage: Manet’s Images of Model-Actresses”, Leah Lehmbeck concentrates on Manet’s images of actresses as studies in artifice and indeed art: pictures such as Nana (1877) or L’Automne ou Portrait de Méry Laurent (1882), with the sitter subsumed in surroundings of color, texture, and accessories, mediate between life and art, the world and the studio, the real and the imagined. Gloria Groom continues this idea in her piece on Manet’s backgrounds, showing how those in the late works complicate distinctions between private and public, male and female, narrative and decorative, the city and the studio.

A fascinating essay by Emily Beeny traces the earlier influences on the painter’s late portraits and still-lifes. She argues that these works present a “rococo” Manet, less the heroic radical of the 1860s and 1870s than a social man about town, focused on “fleeting” subjects such as women, fashion, and decor. She demonstrates the importance of the Rococo Revival for Manet, who, visiting exhibitions and private collections, copied works by Watteau, Fragonard, Boucher, and others, and then “emulated” or “cited” them in his own compositions. For example, an excellent analysis of The Brioche (1870) demonstrates how the work refers to three celebrated paintings by Chardin shown at the Galerie Martinet exhibition (1860) and at the Paris home of Louis La Caze. And, as Beeny shows, Manet was perhaps most “rococo” when he “let go” of these models as models, integrating their “intimacy and freshness”, their “smiling illusion of ease and spontaneity” into his own manner.

Carol Armstrong provides an interesting piece on “Manet’s Little Nothings” his illustrated letters as examples of the painter’s use of visual and verbal as a metaphor of exchange, dialogue, and relationality. Bridget Alsdorf attempts to associate Manet’s flower paintings with Baudelairean poetics of the “fleur du mal”; the argument that there is “muck at the bottom of the vase” and that the late still-lifes include “darkness and drama” strains to make the connection, but in doing so it overtly recognizes the difference between Baudelaire’s “gruesome realism” and Manet’s “gentility”, and offers new support for the long-accepted importance of Baudelaire for Manet’s ideas about art.

The selection of Manet’s letters by Samuel Rodary, of which there is no published edition, is welcome: while the painter’s correspondence is far from being one of the great literary examples of the genre, an edition of his letters is overdue. Overall, this is a fine catalog that does justice to the works and opens up new perspectives on Manet.