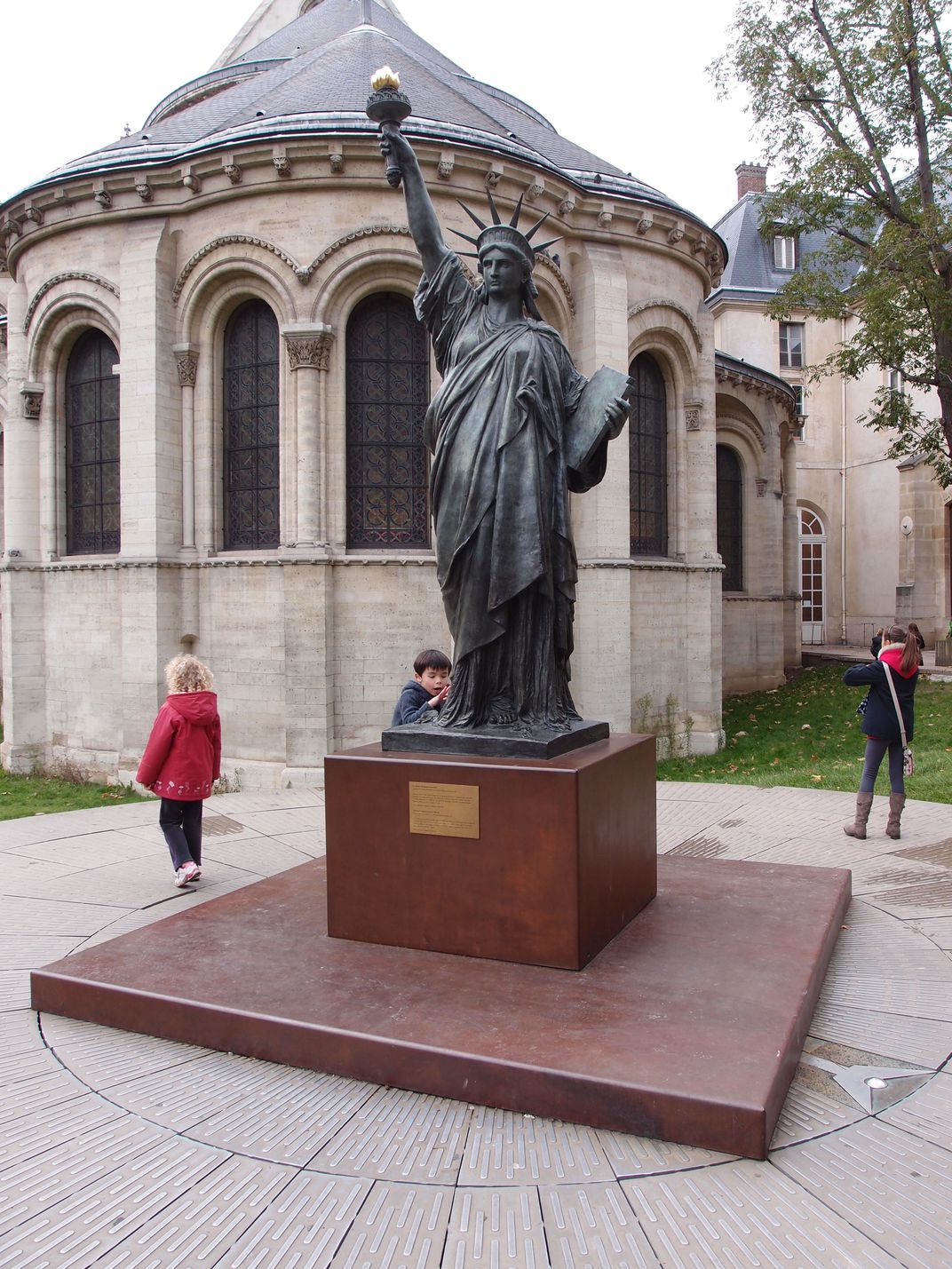 France Is Sending the Statue of Liberty’s in the U.S 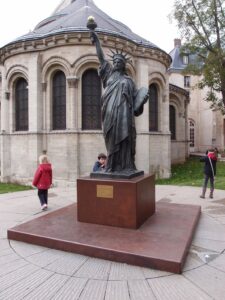 Workers at Paris’ National Museum of Arts and Crafts (CNAM), where the effigy has stood since 2011, hoisted the bronze statue onto a truck during a June 7 ceremony, write Xiaofei Xu and Lorraine Poupon for CNN. Per a statement, the replica will board a ship in the port city of Le Havre on June 19 and arrive in the U.S. on July 1. It will be installed on Ellis Island, across from the original statue, for the first five days of the month.

“The statue symbolizes freedom and the light around all the world,” Olivier Faron, general administrator of CNAM, tells CNN. “We want to send a very simple message: Our friendship with the United States is very important, particularly at this moment. We have to conserve and defend our friendship.”

After its stint on Ellis Island, the statue will travel to the French ambassador’s residence in Washington, D.C., where it will remain until 2031. French officials hope that Americans will view the gift as a gesture of goodwill ushering in a new period of amicable relations between the two countries.

As Derrick Bryson Taylor writes for the New York Times, this smaller Statue of Liberty was cast in 2009 from a 3-D scan of a model of the original plaster prototype created by sculptor Frédéric-Auguste Bartholdi. (CNAM houses this 1878 model in its collections.) It’s one of more than 100 replicas of the famed statue scattered around the world.

The date chosen for this week’s ceremony holds special significance, notes CNN: It took place one day after the 77th anniversary of D-Day, when American and other Allied soldiers stormed the beaches of Normandy, signaling the beginning of the end of the Nazi occupation of Western Europe.

“Franco-American friendship will be marked under the sign of liberty,” Faron tells Reuters. “A new era in relations between France and the United States will open up, that’s what we want.”

The original 151-foot-tall monument similarly sought to solidify the countries’ diplomatic relationship. French historian Édouard de Laboulaye came up with the concept for the sculpture in 1865, after the end of the American Civil War. Some of the effigy’s most prominent motifs like broken chains and shackles reference the abolition of slavery, not the arrival of immigrants as widely believed, according to the Washington Post’s Gillian Brockell.

Though the monumental structure appears imposing from the outside, its copper shell is actually thinner than two stacked pennies.

“Without really good structural support, the copper would never stand up on its own,” Edward Berenson, a historian at New York University and the author of a 2012 book about the monument, told Smithsonian magazine’s Greg Miller last year.

In 1871, the sculptor Bartholdi came to the U.S. in hopes of selling the French proposal to the American government and identifying viable locations for Lady Liberty. Then-President Ulysses S. Grant was initially indifferent about the project, per CNN, but he approved Bartholdi’s 1875 request to erect the statue on Bedloe’s Island, now known as Liberty Island.

To drum up support for the monument, the two nations decided that the French would build and fund the statue itself, while the Americans would raise the $250,000 (almost $7 million when adjusted for inflation) needed to construct the pedestal. According to BBC News, the subsequent fundraising campaign marked “America’s first major crowdfunding project.”

Bartholdi and his team including Gustave Eiffel, the engineer who designed the Paris landmark that bears his name began building the statue in 1876. As the National Park Service notes, work concluded in 1884; the following year, the French disassembled the statue and shipped it to the U.S., where it remained in storage until its inauguration in 1886