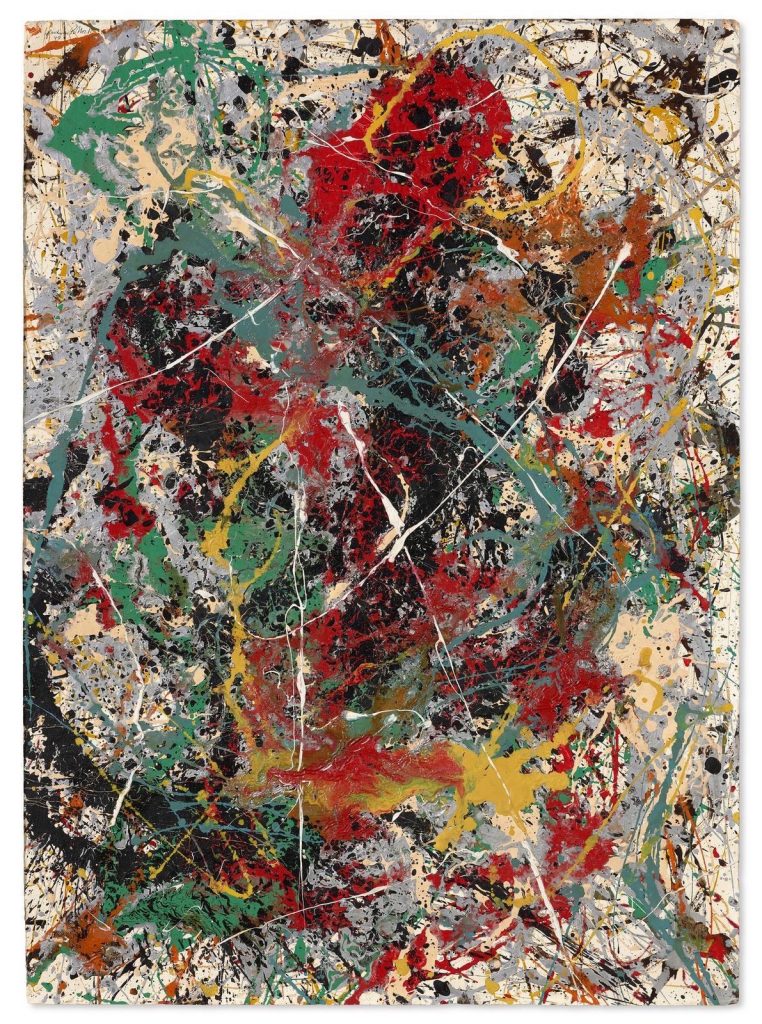 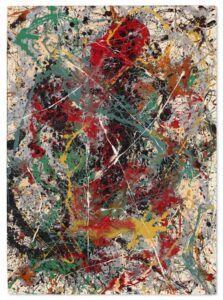 A modestly sized Jackson Pollock painting with an extraordinary presale estimate will be the top lot of Christie’s 20th-century art evening sale on May 12 in New York.

Number 31 (1949), a colorful drip painting made in oil, enamel, and aluminum paint and gesso on paper mounted on Masonite, has been in the same private collection for two decades. It is estimated to sell for more than $45 million.

According to the Artnet Price Database, the work last appeared at auction in May 1988, also at Christie’s, more than 30 years ago, and sold for $3.5 million.

The picture measures 31 by 22 inches and could become one of the artist’s top auction records if Christie’s execs play their card right. The work does not carry a guarantee, as usually happens with prized lots.

The current auction record for a work by Pollock was set last November at Sotheby’s when Number 17 (1951), an enamel-on-canvas work from the famous Macklowe Collection, went for $61 million, far in excess of its high $35 million estimate.

Other high-priced Pollocks that sold at auction include paintings that sold for $58 million and $55 million, in 2013 and 2018, respectively. Yet works have sold via private sale for much greater figures.

Christie’s calls Number 31 (1949) “among the richest and most powerful examples of Pollock’s celebrated drip paintings.” The work was included in his 1967 and 1998 MoMA retrospectives.

Pollock executed Number 31 during a flurry of activity toward the end of 1949. The work was subsequently exhibited by his dealer, Betty Parsons, later that year. The painting goes on view at Christie’s Los Angeles today until April 22, and will then return to New York, where it will be on view ahead of the sale.

“With his revolutionary new technique, Pollock effectively upended the existing framework of traditional painting practices,” Christie’s chairman of 20th- and 21st-century art, Alex Rotter, said in a statement. “True drip paintings were and still are the ultimate in mid-century American avant-garde, and are rare to come across in the secondary market.”