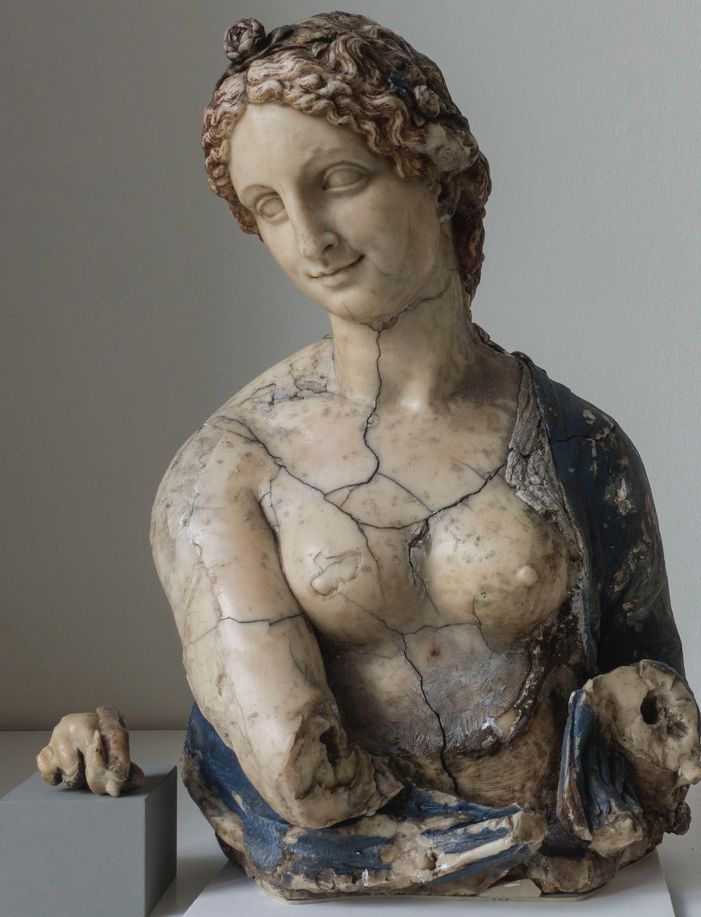 Not a Leonardo! Clue to wax bust’s attribution lies inside a sperm whale 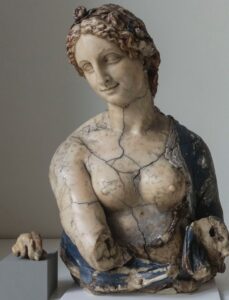 A Leonardo, or not? Scholars and scientists are locking horns—and the media is frantic. No, they are not fighting over the Salvator Mundi, or even the drawing nicknamed the Bella Principessa. But rather a wax bust of the goddess Flora, bought by the Berlin Royal Museums in 1909 as a work by the Florentine master, sparking controversy around the world. Two years after the purchase, more than 730 articles had been recorded all over Europe, arguing for and against the Leonardo attribution, says Ina Reiche, who led a study proving that the work was in fact more likely by the 19th-century English sculptor Richard Cockle Lucas, or a contemporary-inspired like him by Old Masters.

Wilhelm Bode, who chaired the Berlin museums from 1905 until his death in 1929, acquired the 70cm sculpture in London for the steep price of 185,000 Goldmark, convinced that the work was by Leonardo because of its resemblance to figures painted by him. Reactions were immediate, as there were no other known Renaissance sculptures made of wax. Bode and other art historians argued that Leonardo was renowned for his constant innovations with materials. But Gustav Pauli, a Hamburg museum director, suggested it might be by Richard Cockle Lucas, known to have created a large number of sculptures in ivory, marble, and wax inspired by ancient times. Lucas was a successful sculptor, known for his medallions and reliefs. Trained at the Royal Academy, where he regularly exhibited his works, he was also a good sketch artist, an engraver, a photographer, an antiquarian, and an amateur architect, who built his two houses in Chilworth (Hampshire), and named his son Albert Dürer. An eccentric character, believing in fairies, Lucas would photograph himself in various disguises from Antiquity or the Renaissance, and was often seen driving around Southampton in a Roman chariot.

In 1910, his son claimed that the Flora bust was his father’s work, made in 1846 out of burnt candle stubs. He produced a drawing made after the bust and described how he helped his father stuff it with newspapers and wood pieces, which were indeed found in it. But then Bode, who stubbornly maintained his Leonardo attribution until his death, claimed this evidence came from a 19th-century restoration, an argument regularly used in all disputes about fakes. Forensic examinations remain inconclusive. The debate raged for years, some claiming Bode had been duped by a forgery while others believed it was indeed a Renaissance work, albeit not by Leonardo.

The mystery has now been solved. According to a study published by the journal Scientific Reports today Ina Reiche, working with the French Museums’ laboratory and the Institut de recherche de chimie de Paris, and formerly with the Rathgen laboratory in Berlin, studied the wax material, using Carbon-14 dating, along with Lucile Beck and Ingrid Caffy, from the Paris-Saclay University Laboratoire de Mesure du C14.

This was no mean feat. The analysis of samples taken from the bust confirmed that the material was spermaceti wax, which comes from the head cavity of the sperm whale and was commonly used in 19th-century candles, with a small addition of beeswax. Radiocarbon dating is therefore complicated by the mix of terrestrial and marine sources as, the article explains, “carbon consumed by the organisms in deep and shallow seawater is older than that consumed on land”. According to the article, “to further complicate the procedure, the location of the marine source must be known to accurately calibrate marine material”, and whales and cachalots are known to travel long distances. So, the researchers had to find a formula to combine the atmospheric and marine calibration curves, respecting the proportions of each component in the bust.

The analysis showed a spectrum ranging from 1704 to 1950, so the work was definitely not from the Renaissance. The components were also compared with samples taken out of relief of Leda and the Swan carved by Lucas from the Berlin Museums, that served as references for the Flora calibration, because, the report says, the wax spectra of the samples from both sculptures proved to be “almost identical”.

So, it seems, the formidable director of the Berlin Museums was wrong and the artist’s son was probably right.