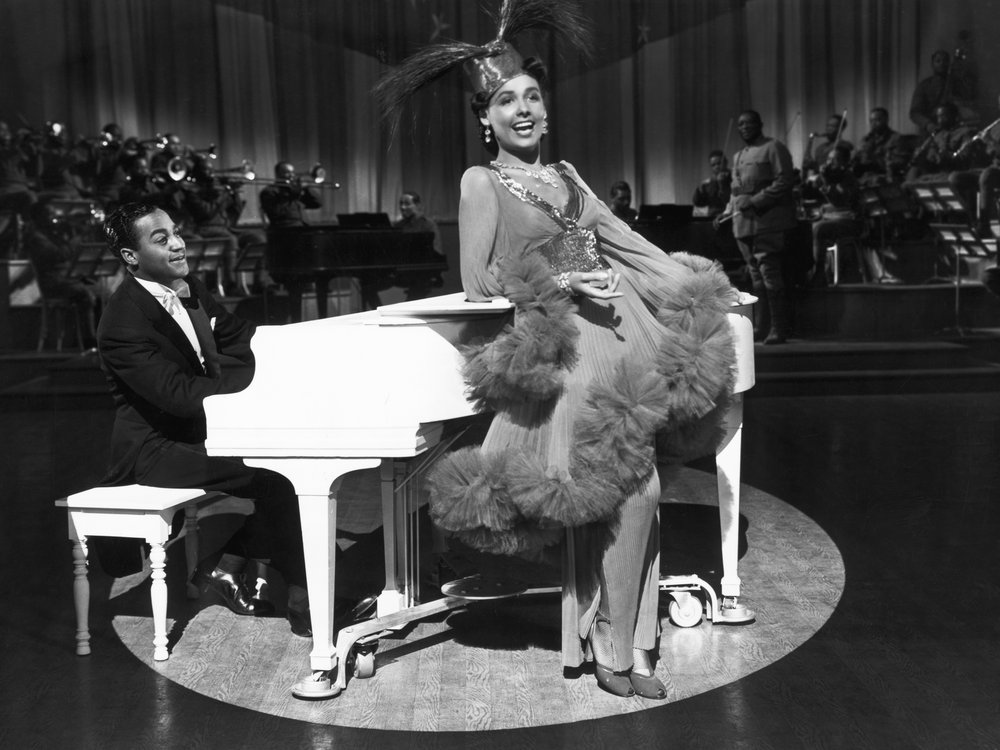 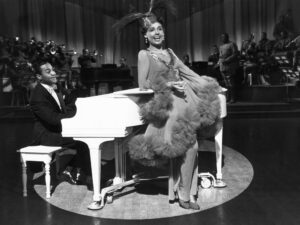 Broadway theaters have always been named for giants of the stage—including, to name a few, Eugene O’Neill, George and Ira Gershwin, and Neil Simon. Historically, however, few Black artists have received this honor. Now, in a historic first, a Broadway theater will be named for a Black woman: singer and actress Lena Horne.

The official change will take place this fall, when the Nederlander Organization, which owns the theater, is slated to hold a renaming ceremony, Deadline’s Greg Evans writes.

When it opened in 1926, the 1,031-seat venue was called the Mansfield Theatre (named after actor Richard Mansfield). In the 1950s, it was briefly used as a studio by CBS; since 1960, it has been known as the Brooks Atkinson Theatre (named for the New York Times drama critic). Currently hosting the Tony-nominated musical Six, the theater was previously the home of Waitress and a sign-language revival of Spring Awakening.

Horne and Atkinson actually share a slight connection: In 1939, Atkinson mentioned Horne in a review, recalls the Horne family in a statement from the Nederlander Organization. Atkinson’s opinion of the musical Blackbirds of 1939 was mostly negative, but he did have one positive thing to say about the show: that Horne would “be a winner once she has proper direction.”

“The proper direction came from within Lena herself,” the Horne family adds. “She sought an artistic education, and a political education. She sought her own voice, found it, and then fought for the right that was always denied her the right to tell her own story.”

Born in 1917 in Brooklyn, New York, Horne was a trailblazer. After playing New York’s Cotton Club and performing a solo show at Carnegie Hall, she moved onto the silver screen in the 1940s, appearing in movies like Cabin in the Sky, Meet Me in Las Vegas and Stormy Weather (in which she sang the titular song). By 1942, she was the highest-paid Black actor of the era, and she stipulated in her contract that she wouldn’t take stereotypical Black roles.

On Broadway, for her role in the musical Jamaica, Horne became the first Black woman to receive a Tony nomination for Best Actress in a Musical. She also won a special Tony Award for her 1981 one-woman show, Lena Horne: The Lady and Her Music. Originally intended to be a four-week stint, the show ran for 14 months at the Nederlander Theatre. 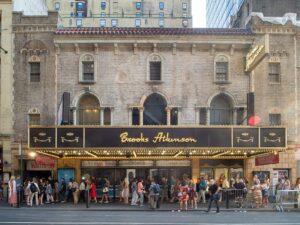 James Nederlander, the president of the Nederlander Organization, tells the New York Times’ Michael Paulson that he remembers watching Horne gently tease his father, who produced her show.

“She’s such a legend, and her time is overdue,” he says. “This felt really right.”

Not only was Horne a great performer; she was also a renowned activist. During the civil rights movement in the 1960s, she supported the National Council of Negro Women, attended the 1963 March on Washington and performed at rallies throughout the South.

In the statement, several Black Broadway artists applaud the renaming. Tony winner LaChanze describes Horne as a “pioneer” and an “inspiration,” and six-time Tony winner Audra McDonald says that “representation is everything.”

McDonald continues, “Newly christened with her name, the Lena Horne Theater will affirm that Black women are girls are seen; we are heard, we BELONG and when we stand in her theatre, we will stand even taller on her mighty shoulders and her enduring legacy.”

The new name is part of an agreement reached last year between the three big Broadway theater owners the Nederlander, the Shubert Organization and Jujamcyn Theaters and the advocacy group Black Theatre United, the Times reports. Each of the three major Broadway landlords agreed to name a theater for a Black artist.

Jujamcyn Theaters had already renamed the Virginia Theatre the August Wilson Theatre in 2005, just weeks after the Pulitzer Prize–winning playwright died of liver cancer. This spring, the Shubert Organization announced plans to rename its Cort Theatre in honor of James Earl Jones, who has appeared in 21 Broadway productions and is one of the few to achieve EGOT status (winner of an Emmy, Grammy, Oscar and Tony).