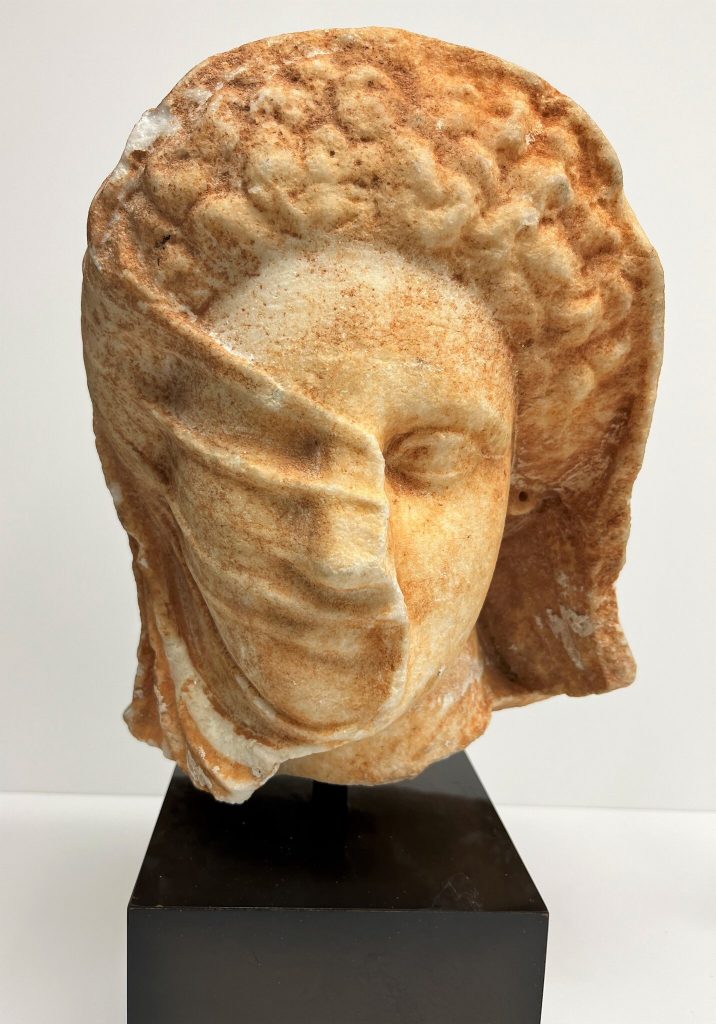 Two Looted Ancient Greek Statues, Including a Stunner That Was on View at the Met, Have Been Returned by the U.S. to Libya 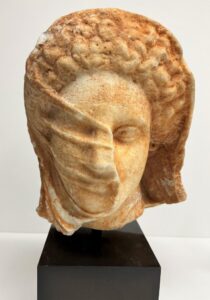 The Manhattan District Attorney’s Office has returned a pair of looted ancient Greek statues to Libya, one of which had been on view at New York’s Metropolitan Museum of Art since 1998.

The Hellenistic bust of a veiled woman (ca. 350 B.C.E.) is one of an unknown number of artifacts stolen from the ancient port city of Cyrene, an ancient Greek colony near modern-day Shahat, Libya.

“These are more than just beautiful artifacts—they are windows into thousands of years of culture and deserve to be returned to their country of origin,” Manhattan District Attorney Alvin Bragg said in a statement. “We will not allow New York to be a hub for trafficked antiquities, and will continue to crackdown on looting and smuggling across the globe in coordination with our law enforcement partners.”

“The Met has been fully supportive of the Manhattan District Attorney’s Office investigation and of the return of the object to Libya,” a Met spokesperson told Artnet News.

Both looted works come from the city’s ancient burial grounds. The Cyrene necropolis, a UNESCO World Heritage site, has endured decades of pillaging since the 1980s, particularly after archaeologists and scientists ceased excavation work there in 1999 due to unrest and political instability, leaving it vulnerable to vandals.

The sculpture from the Met, Veiled Head of a Lady, dates to about 350 B.C.E. and is worth roughly $470,000. It was on loan to the museum from an anonymous donor before its seizure in February.

The late Emile Saad, a collector found guilty of antiquities trafficking in Egypt in 2000, allegedly smuggled the statue from Libya to Egypt. When it surfaced on the international art market in 1997, the work bore “telltale signs of looting such as earth on the surface and new chips at the base and in the veil,” investigators told the New York Times.

The D.A.’s office has declined to name the work’s lender out of concern it could harm ongoing investigations about looted Middle Eastern and North African antiquities.

Authorities did not disclose where they had located the other sculpture. Known as Bearded Bust of a Man, it is said to be worth $30,000, and to have been floating around on the art market for decades before its seizure earlier this month.

The Department of Homeland Security has been working to restitute stolen antiquities to Libya in recent years. In 2019, law enforcement seized a veiled female funerary statue priced at over $500,000 from a Manhattan gallery, and returned a similar work confiscated from a Queens dealer in 2008 to the nation.

The Manhattan D.A.’s Office returned Veiled Head of a Female, another looted marble antiquity from Cyrene, to Libya in January. That piece, valued at $1.2 million and dated to 350 B.C.E., was the first of 180 looted and stolen antiquities owned by billionaire art collector Michael Steinhardt to be restituted. The total value of those illicit holdings is estimated at $70 million. 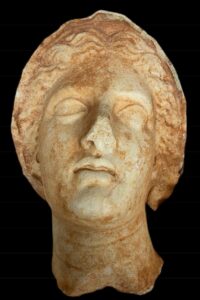