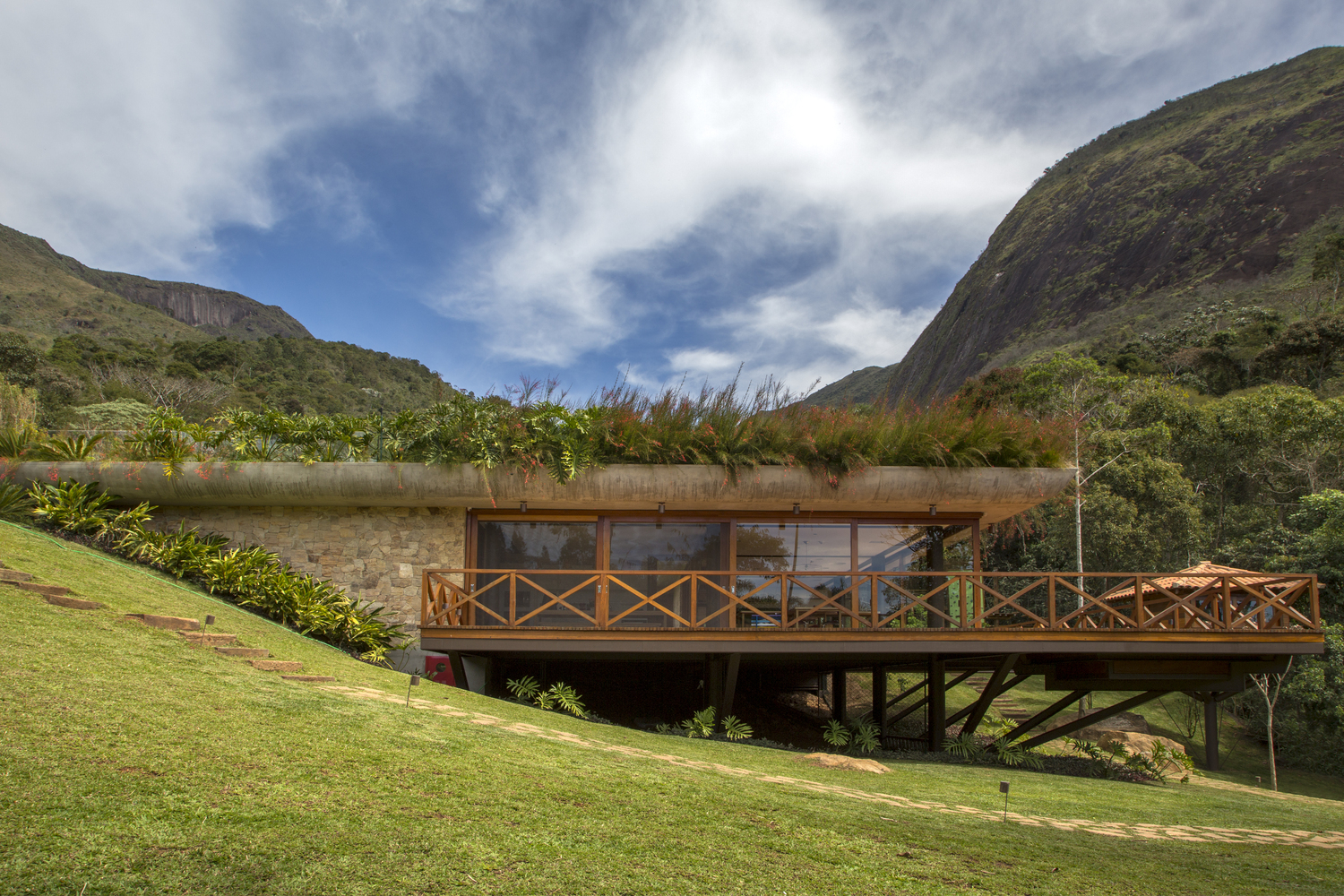 Why Are Some Houses Elevated off the Ground? 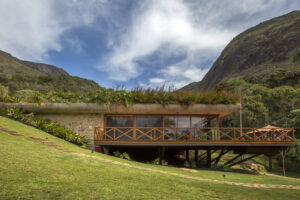 The strategy of raising houses off the ground gained popularity in the 1920s when Le Corbusier announced structures on pilotis as one of the 5 points of modern architecture. A great contribution, especially in the urban issue, as it enables the creation of free space with the greater connection between the public sphere of the street and the private sphere of the building. His iconic Villa Savoye is a paradigmatic example of the use of pilotis that preserves the natural terrain and, as Le Corbusier himself said, places the house on the grass like an object, without disturbing anything. In addition, the pilotis also served as a strategy for the flow of vehicles, which can be seen in Lina Bo Bardi’s equally emblematic Casa de Vidro and its slender steel tubes. Arranged in the modulation of four modules in width by five in-depth, they maintain the house as a transparent floating box in the midst of nature, respecting the terrain and assisting in the building’s thermal comfort by allowing air circulation. 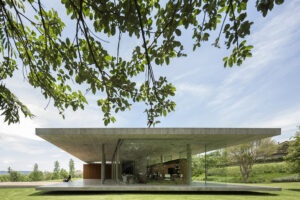 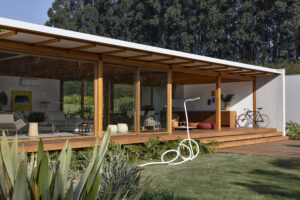 With time and the consequent advancement of technology, different shapes, and structural boldness were also explored in the pilotis, resulting in inclined, asymmetrical, rounded shapes and with a varied arrangement. In this case, it would be impossible not to mention Villa dall’Ava by the office led by Rem Koolhas, OMA, with its slender steel pillars painted in shades of black and gray that support the larger of the two volumes, dominating the street facade. With this strategy, in addition to freeing up the land and respecting its natural slope, it was possible to elevate the house so that the living spaces and the rooftop pool have views of the Paris skyline. 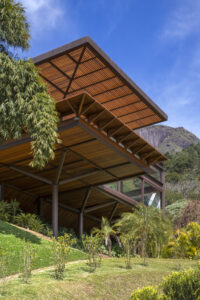 In the examples mentioned above, the building is raised considerably from the ground, making it possible to create an entire floor, with the main advantages of releasing the plants, softening the transition between the natural, reducing the impact on the ground, and bringing lightness to the formal composition. In terms of design, the possibilities are countless, as can be seen in this article, in which we present a selection of Brazilian residential projects built on pilotis.

However, it is not always possible or necessary to create an entire level to benefit from some advantages of elevating the construction, since moving it just a few centimeters away from the ground would be enough. A historical example of this design strategy is the Farnsworth House by Mies van der Rohe with its metallic pillars gently touching the ground and causing a very interesting aesthetic effect, nevertheless, it is worth mentioning that its primary function was to protect the house from floods, since, the land on which it was built is on the banks of a river. 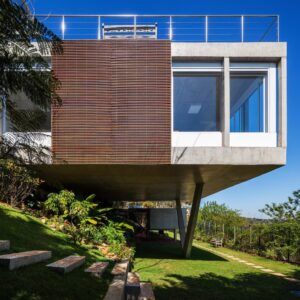 Today, more than seven decades after the Farnsworth project, the ground elevation strategy can be seen in different contexts and defined for a variety of reasons. When it comes to irregular terrain, for example, the decision to raise the house is guided by the reduction of the need for soil moving, which reduces work time and expenses, also protecting the environment, since the drainage area is unchanged. In addition, some terrains located in regions that are difficult to access, such as forests and wild coasts, will require great effort if heavy machinery is to be moved. In this context, Jatobás Residence is an interesting example because it works with the slope of the land, raising one of the ends of the house, as well as GN Residence and its pillars headed by French hands that receive the punctual loads distributing them in only 4 “trees”.

In a hot and humid climate like that of Brazil, the houses are raised off the ground even if at a small height, because in this way it is possible to protect the building from dampness coming from the ground and allow the air to flow under the slab, helping in the building’s thermal performance, as can be seen in Redux House by Studio MK27 + Samanta Cafardo and its slab raised 50 cm from the ground.

The elevation of houses can also be motivated by preventing the entry of small insects, especially when it comes to implantations in natural environments, as in the case of Vila Rica House by Bloco Arquitetos. In addition, generally, the waterproofing of grade beams in single-story houses is a step that usually requires a high investment, however, when the construction is raised off the ground, this step can be reduced or even eliminated, impacting the overall budget.

Another advantage that can be analyzed when deciding to raise the building off the ground is the relationship with the installation and maintenance of hydraulic and electrical pipes, since, in these cases, they can be exposed under the floor slab, facilitating access. Pipa House by Bernardes Arquitetura is an interesting example, since, according to the architects themselves, the house was raised from the ground because this strategy “guarantees water-tightness and ventilation for the floor slab, as well as visitation to the facilities that pass through the floor”.

In short, elevating the house off the ground offers numerous advantages, but this decision is always linked to a detailed study of the terrain conditions, the natural or urban context, the climate in which the building is inserted, in addition to the aesthetic preferences of the architect and client and available budget.