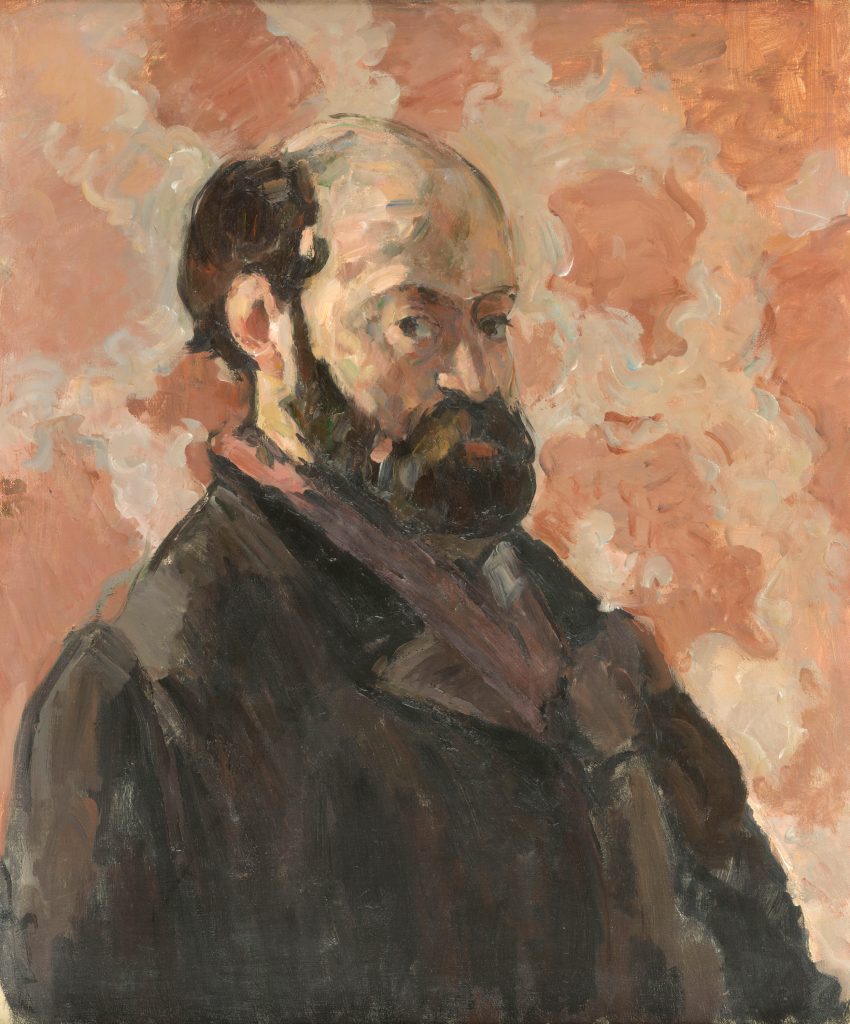 “Why Cezanne? Why today?” 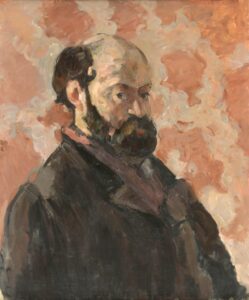 “Why Cezanne? Why today?”

These were the questions the curators of a new, once-in-a-generation retrospective of the French painter at the Art Institute of Chicago asked themselves as they went to work a few years back. When it comes to Cezanne, who, perhaps more than any other artist, laid the groundwork for the 20th-century avant-garde, how do you say something new and how do you say it in a way that can be understood by someone who’s never picked up a brush?

The curators, Gloria Groom and Caitlin Haskell, decided to look closely at Cezanne’s canvases for their answers—examining, through advanced imaging techniques, how the artist confronted his own questions about the urgency of painting through every brush stroke he ever made.

What they found was that we can all still learn something about the medium by doing the same thing. 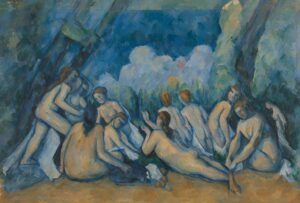 On view in the Art Institute’s show, simply titled “Cezanne,” are 80 oils, 40 watercolors, and drawings, and two of full sketchbooks. Included are some of the artist’s greatest hits, such as The Bather (1885) and The Basket of Apples (c. 1893).

With loans from five different continents including pieces once owned by Matisse, Picasso, and other contemporaries who considered themselves among Cezanne’s biggest fans it’s the largest retrospective dedicated to the artist in more than a quarter-century. (After its run in Chicago, the exhibition will travel to the Tate Modern this October.)

The show, Groom explained, asks its visitors to slow down and adopt a discipline and deliberateness like Cezanne himself brought to his work. “He really is an artist who worked very slowly, came back to it very thoughtfully. That’s why Impressionism was not for him.” 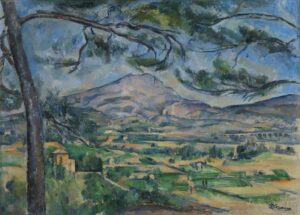 You may also notice, at this point in the article, that I’ve elided the accent over the “e” typically found in Cézanne’s name. So does the exhibition. That’s the way the artist wrote it, the curators explained, and so it’s the version they adopted for the show’s title, catalogue, and wall texts as well. It may seem like a semantic change, but it symbolizes something more: the organizer’s dogmatic dedication to Cezanne’s own vision.

You’ll find subtle examples of that commitment elsewhere in the show, too. For instance, Groom and Haskell worked with conservators to remove all traces of synthetic varnish from the eight oil paintings owned by the Art Institute, which had been applied in years past, leaving their respective surfaces barean other preference of Cezanne’s.

That same group of paintings were put through a “whole battery of imaging techniques,” including x-ray infrared analyses, Haskell said, as she and her partner looked to Cezanne’s meticulous techniques for their own curatorial cues. “When you do that and you start thinking about painting really on the level of the mark, what you begin to have is a type of painting that is pretty honest about the way it’s constructed and gets you thinking about the way it’s constructed,” Haskell added. 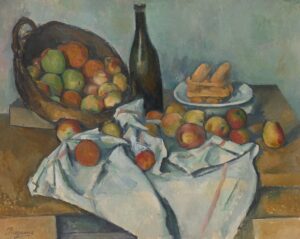 Fruit-filled still-lifes, sun-baked landscapes, bathers beset by verdant flora: Cezanne revisited the same subjects over and over again. In a show like the one on view in Chicago, the repetition can make his artworks feel like studies—the efforts of a painter perfecting his craft before applying it to more sophisticated scenes. And in a way, that’s true: Cezanne never stopped honing his technique.

But with that repetition, the show reveals something else too.

“What you start to see over the course of the exhibition is an artist who is trying to figure how to make a painting for himself and who is doing that by constructing his work sensation by sensation,” said Haskell.

“He’s trying for something quite different,” Groom added, “trying to express how he feels in a stroke that will communicate to us a feeling of emotion. It’s hard to express, like anything that has to do with intangibles and art.”

“That was a liberating thing for artists,” he concluded. “We as a public have to work a little harder to fully appreciate what he’s doing.”

“Cezanne” is on view now through September 5, 2022, at the Art Institute of Chicago.