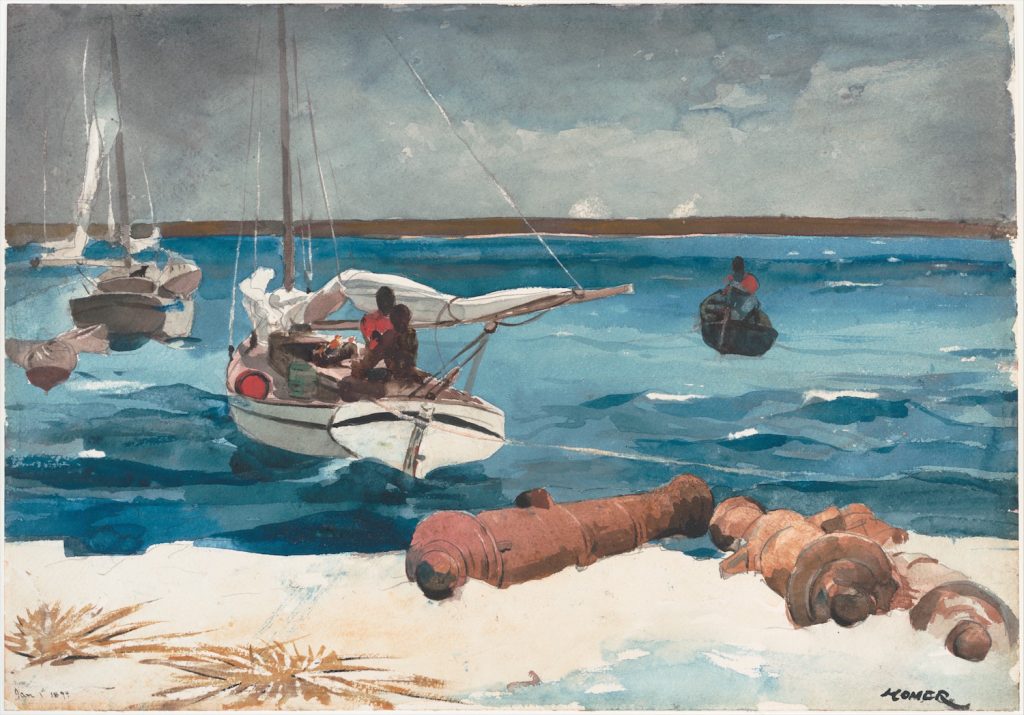 Winslow Homer Was an Essential Portrayer of America’s Greatest Sins 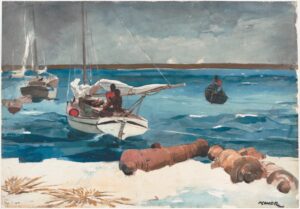 American artist Winslow Homer is best known for his dramatic seascape paintings of fisherman and rescuers battling harsh maritime elements. But an expansive new show at New York’s Metropolitan Museum of Art aims to delve far deeper into the artist’s rich and varied life, as well as the lesser-known topics and subjects he explored.

“Winslow Homer: Crosscurrents” reconsiders the artist’s work “through the lens of conflict,” according to the museum. It features 88 paintings, including many from the museum’s own collection, along with roughly 65 loans from institutions and private collections.

Viewers may be surprised to learn in this skillfully organized show that the artist painted many images of the Civil War and Reconstruction, including depictions of its impact on the landscape, soldiers, and formerly enslaved people.

“This is an important show of one of the most important American artists,” Met director Max Hollein said at a press preview last week. “Homer not only addressed complex social and political issues, but his work is also about universal concerns: the fragility of human life and the dominance of nature. 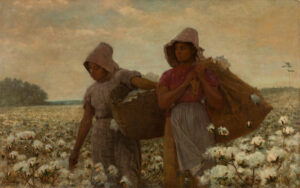 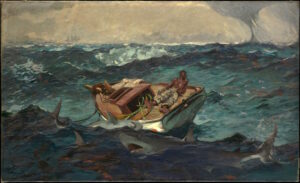 “By focusing on the theme of conflict in Homer’s art,” he added, “this exhibition presents a fresh understanding of his deeply thoughtful approach to depicting race, nature, and environment.”

The centerpiece of the show is The Gulf Stream (1899; reworked by 1906), considered one of Homer’s most important works, and one of the first to enter the Met’s collection.

The painting depicts a lone Black man in a small boat on a turbulent sea threatened by sharks encircling the mast-less boat.

While some have interpreted it as a rumination on mortality following the death of his father, the painting “also alludes to the legacies of slavery and American imperialism as well as more universal concerns,” according to the museum.

Sylvia Yount, who co-organized the show with Stephanie Herdrich, said discussions about the show stretch back to the summer of 2020, which was marked by racial justice protests across the U.S. and the world.

The protests “made our specific approach to Homer that much more relevant as we all reckon with our complex histories and their consequential legacies,” Yount said. “Homer’s deeply humanist art has spoken differently to generations and we feel our examination of the darker undercurrents and tension between sentiment and struggle makes the production decidedly resonant for our viewers today.”

Yount and Herdrich put an interesting and timely spin on the show with a coda selection of works by contemporary artists including Elizabeth Columba, Hugh Hayden, Kerry James Marshall, and Kara Walker that respond to The Gulf Stream and other Homer works.

One gallery includes five works on paper from the Walker Art Center in Minneapolis for Gulf Stream (2003), Marshall’s reimagining of Homer’s canvas.

Marshall’s image “transforms Homer’s dramatic composition, with its uncertain outcome, into what has been termed an ‘allegory of liberation,’ rejecting Black trauma for Black joy,” the museum said in a statement.

Brooklyn-based artist Hugh Hayden, whose work Brier Patch is on a view (through May 1) at Madison Square Park, came to know Homer’s The Gulf Stream though Marshall’s revision.

Having adapted the subject matter through his own vision, the artist’s three-dimensional sailing vessel has 12 ribs and evokes a sea serpent that reflects both danger and salvation.

Also on view is a major diptych by Walker titled The Crossing (2017), which offers a response to both Homer’s The Gulf Stream and Emmanuel Leutze’s Washington Crossing Delaware by addressing the realities of a precarious ship of state.